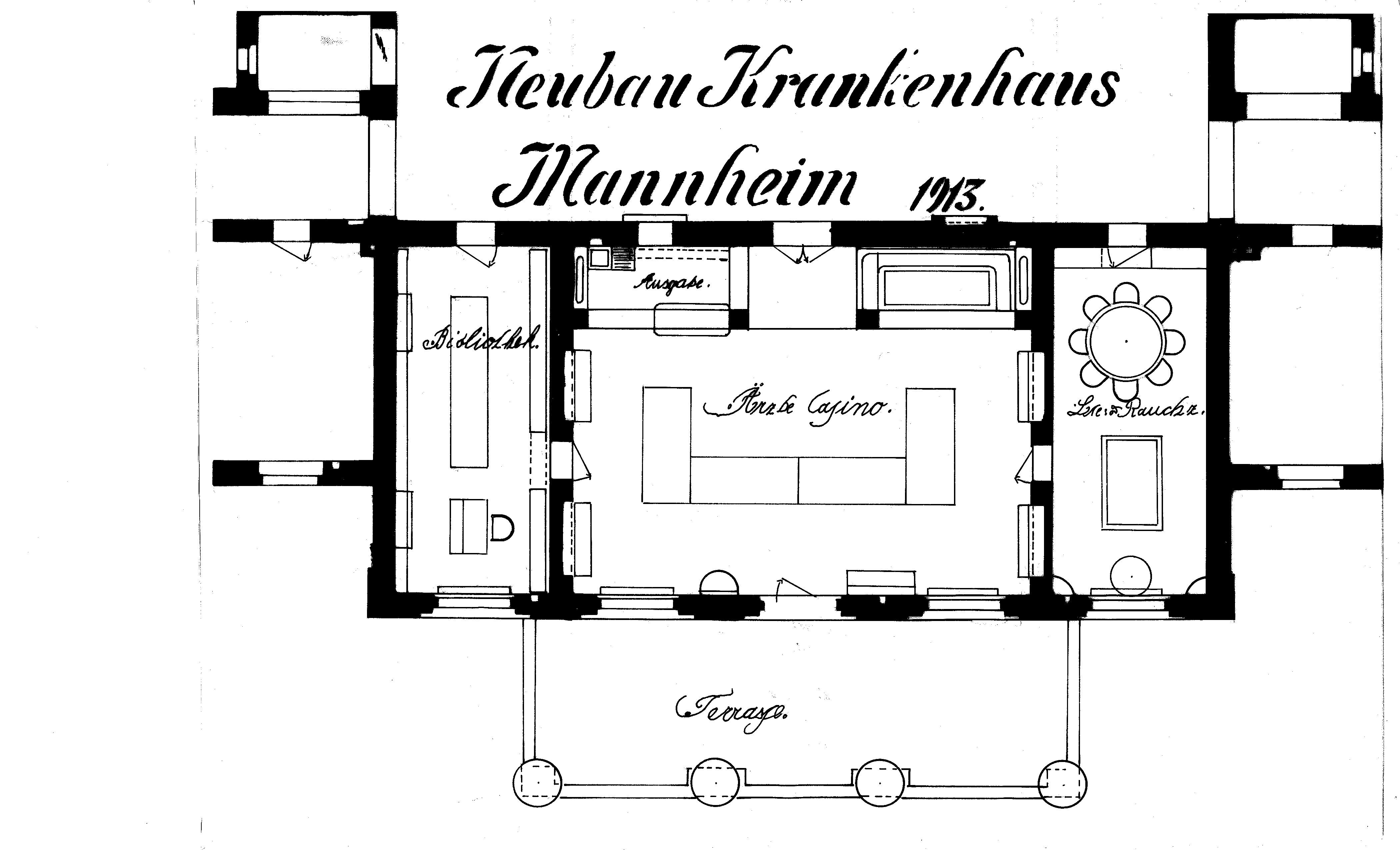 In 1922, when the Mannheim Municipal Hospitals began operating, the "Doctors' Library" was set up in a 40 square meter room next to the doctors' casino. It was subordinate to the Medical Clinic and was administered by a "library nurse". In 1951, a graduate librarian was employed for the first time with half a job. At that time the library had 30 current journal subscriptions. 13 years later, after the establishment of a second medical faculty at the University of Heidelberg in Mannheim, the Medical Library was commissioned to procure and administer holdings for the "Medical Faculty Heidelberg - Mannheim Clinic". Special funds to build up the stock, the move to larger premises in the laboratory building of the hospital with the simultaneous establishment of the decentralized libraries and the admission of students, resident doctors and - in exceptional cases - medical auxiliary staff for use slowly turned the "Medical Library" into the modern "Medical-Scientific Library".

In 2001, the library occupied 1,300 square meters of space on the ground floor and a storage room in the basement after moving to the faculty's new multifunctional research building. The entire newer stock and the textbook collection are displayed in open access, as are the printed journals published after 1994. In addition to conventional reading and workstations, users will find a generous amount of computer workstations, a printing and copying room and a group study room.

The introduction of the new library system at the beginning of 2006, with self-checking devices and a book return station, will enable users to use the library stocks more independently by means of RFID technology. In autumn of the same year, the library's stock was expanded to include pre-clinical study subjects. By changing the name of the faculty to "Mannheim Medical Faculty", the library also received a new name: "Bibliothek der Medizinischen Fakultät Mannheim".

Since 2008, the library with its newly constructed extension has been able to offer users a further 40 reading and computer workstations as well as two computer workrooms on a total area of 1,680 square meters.

In order to contain the noise development in the library, the plans from 2009 for an acoustic measure in the library were implemented in summer 2010. The Rossoacoustic CP30 elements, a product developed by the Nimbus Group in collaboration with the Fraunhofer Institute for Building Physics, improve the volume situation in the entrance area, which is particularly affected, as well as in the group work room, without impairing the generous, open room impression overall.

2012 was a jubilee year for the library: it could look back on its 90th anniversary.